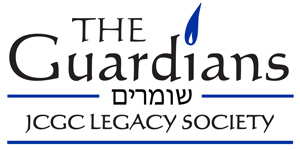 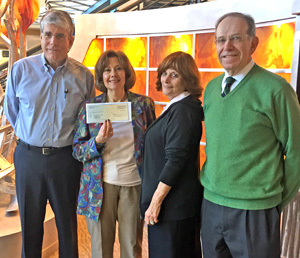 David Hoguet, Jan Armstong Cobb, Elinor Ziv and Larry Neuman of the JCGC CYJL Committee with their reward for outstanding participation in the CYJL Program for 2015

In 2015, JCGC was one of 12 local Jewish organizations participating in the Create Your Jewish Legacy Program. JCGC received 30 legacy gifts under CYJL and earned $15,000 from the Harold Grinspoon Foundation and the Jewish Federation of Cincinnati for outstanding participation in the program. To quote Shep Englander, “legacy building is community building.” The combined efforts of the twelve participating Cincinnati organizations exceeded the first year performance of the more than 30 other participating Jewish communities. We, as a Jewish community, can be proud of the 461 letters of intent obtained in 2015.

JCGC plans to use the Grinspoon/Jewish Federation funds to upgrade the very popular genealogy feature on its website.

Thank you to JCGC’s Create Your Jewish Legacy Donors

We also thank those individuals who previously made a Legacy Gift to JCGC.