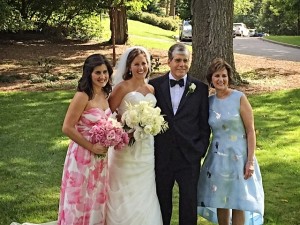 When JCGC was being formed, the plan was to raise enough funds to set it on the path to self-sustainability. A generous grant from the Jewish Foundation and a successful Friends Campaign fulfilled this goal. Going forward, JCGC relies primarily on Legacy Gifts to ensure that the original plan stays on course.

There are two principal reasons why my legacy gift is designated for JCGC. First, I have spent the last seven years of my career as JCGC’s Executive Director. Under the guidance of four different Board Presidents and a great Board, we have kept the cemeteries on a solid path to self-sustainability and we are in the midst of developing a new cemetery that will serve our community for at least the next 100 years. In some small way, I’d like to give back to help see that this work continues to be successful.

Second, I am fascinated by the history that is contained in the cemeteries. If you want to learn more about the history of the Jews in Cincinnati, take a tour through our cemeteries. And if you don’t want to do a cemetery tour, you can always find those that are interred in our cemeteries by going to the Genealogy tab on our website. You can start the tour with the English pioneers who were the first Jews to settle here in the early 1800’s and are interred in our Chestnut Street cemetery. You can move on to the Walnut Hills and Clifton cemeteries where many of the leaders of the Reform movement are interred. Travel over to the West Side where several of the Price Hill cemeteries date back as far as Walnut Hills and Clifton. Price Hill and Covedale are the resting places of many of the turn of the century Eastern European immigrants. With the exception of Chestnut Street, which became closed to burials in 1849, all of the other cemeteries are still active. Every year, their histories become richer, and I haven’t even mentioned Montgomery, which is our most active cemetery today. So it’s not only important that we maintain self-sufficiency to continue to serve the community well, it’s also very important that we preserve the memories contained in our cemeteries.

I can’t think of a better place for a Legacy Gift.